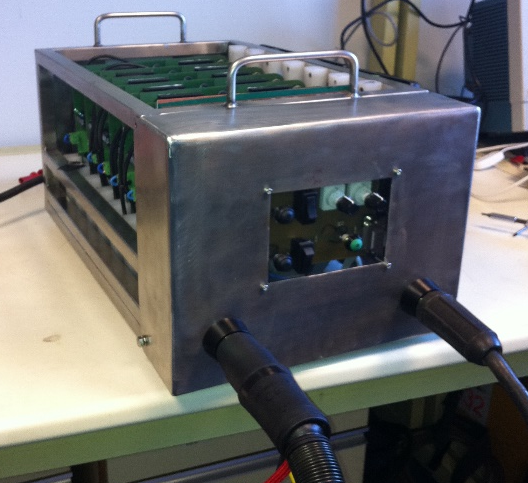 At the end of 2015, CTC and DEGIMA presented to the public the first results of the progress of the ACORN project. ACORN was aimed to researching and testing new methods to fight corrosion and biofouling as well as to reducing the negative effect of cavitation on turbines and marine energy buoys.
The project was successfully finalised in February 2019.

Two coating solutions for the offshore renewable sector were developed, to address surface degradation mechanisms that have been experienced in prototypes and will have a huge impact on the ocean energy industry. The first provides a new and long-lasting solution to the problem of marine biofouling, offering specific advantages for static offshore structures such as wind turbine foundations and ocean energy devices. The second system consists of a cavitation resistant coating that does not degrade in seawater and is suitable for tidal energy turbine components. To achieve both and environmentally friendly and hardwearing material was a key condition throughout the research and development process of both solutions.

ACORN was granted €1.342.000 fund within the European Union Seventh Framework Programme [FP7/2007-2014] designed for small and medium enterprises. As a result there has been a productive relationship among the participants size to date, adding a high value to the product. DEGIMA was the only Spanish participant in this project, with a leading role in the research and development of protective coatings against biofouling and cavitation. Likewise, DEGIMA took an active part in the testing trials.

In addition, CTC researchers designed a hydrodynamic numerical model of a turbine. This allowed CTC, the only local technology centre of this kind in the Region, to continue developing two of its strongest international lines: corrosions models and numerical modelling techniques.